In The Name Of Surviving

No matter the barriers what’s important is to maintain your image, because there are always those who misunderstand you and use their bullying tactics to enjoy the outcome. Just like monsters. Demonizing and profiling without justice.

But, the fastest way to fame or legitimacy sometimes is through most enemies. In both good ways and the bad. Basically more enemies make you famous, also for the good people. Even if the impression is wrong, as soon as you survive, you live to tell the story. Then, it’s comeback time.

In 1941 Hitler invaded Russian Federation and began the biggest hunt of the century which killed over 20 million people and the Russians are known to survive through anything. Surviving is the key.

Surviving was the key during Holocaust times 1939-1945 when Nazis where hunting Jews alive. People who couldn’t defend themselves simply were told to survive. Those who survived could live to tell the story. But the best of all were those who managed to turn each negative situation into a positive one. Often it required heavy risks and may end up differently but if you survive. It’s the key. Survive the bully, live to tell the story.

These are harsh examples but even in the worst situation, the key is survival. Because now, the Russians are strong and well let’s admit it the Jews are famous again!

We must also watch for signs of antisemitism very carefully given that reason. Antisemitism or generally Racism has many appearances. It has different faces, it has different methods. Obviously, the worst is yet to come but the conversation is now.

Stand Tall Against Bullying, Inspire Others!

One thought on “In The Name Of Surviving” 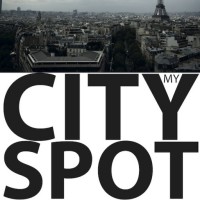